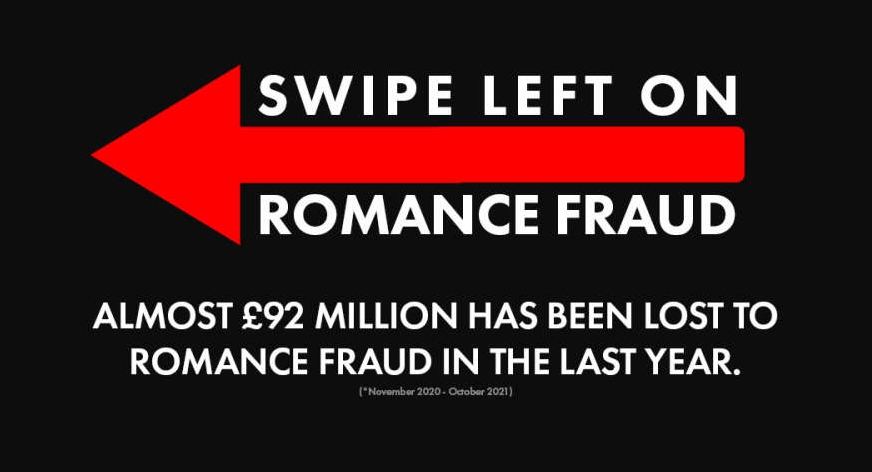 Leicestershire Police are warning people about the scam.

A national campaign has been launched by the Police to warn people about romance fraud as new national figures show almost £92 million has been lost through dating scams between November 2020 and October 2021.

Paul Wenlock from Leicestershire Police's economic crime unit said: “Criminals involved in these scams spend weeks gaining the victim’s trust, they will fabricate stories about their life and their identity.  In the early stages, there is no mention of money, so the victim may believe their love interest is genuine.

“Over a number of weeks and months that relationship continues online or via telephone conversations at which point the criminals will ask for money.  Typical excuses may include being ill, being in financial difficulty, lucrative investment opportunities and pretending to be military personnel or working overseas.”

Daters who strike up online relationships between Christmas and Valentine’s Day tend to be the most susceptible to romance fraud, with a spike of 901 reports recorded by the National Fraud Intelligence Bureau (NFIB) in March 2021.

Figures also suggest that women between the age of 40 – 60 are more likely to fall victim to this fraud.

Criminals often use a range of stories to get victims to transfer their money without it raising suspicion.

These stories are often believable and the victims can find it hard to say no.

Paul Wenlock, said: “We’re calling on family members who think their relatives may be dating online to help make them aware of the warning signs that they could be falling victim to fraud, particularly if the person dating online is not particularly tech savvy.”

If you feel you have been the victim of a similar offence the police are urging you to contact Action Fraud or report online at www.leics.police.uk